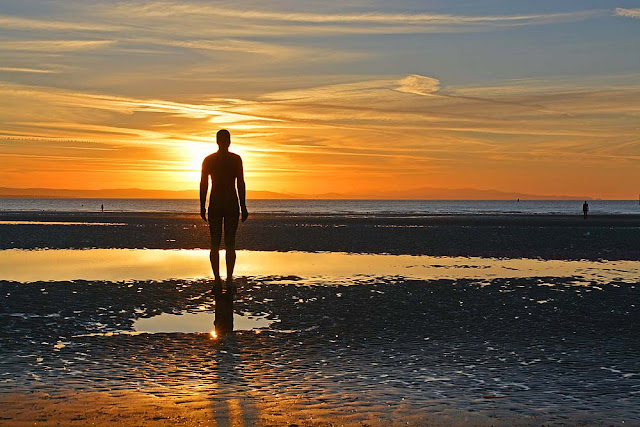 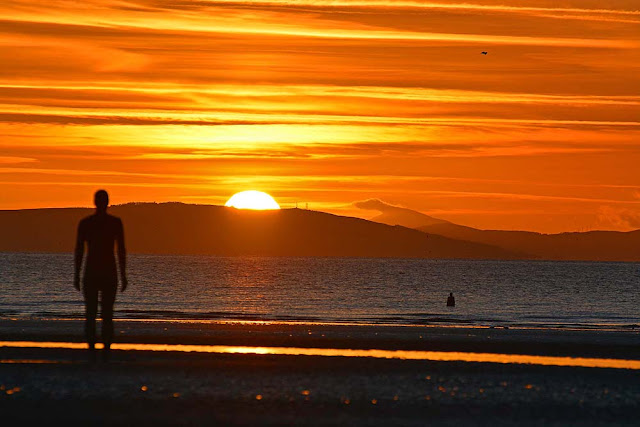 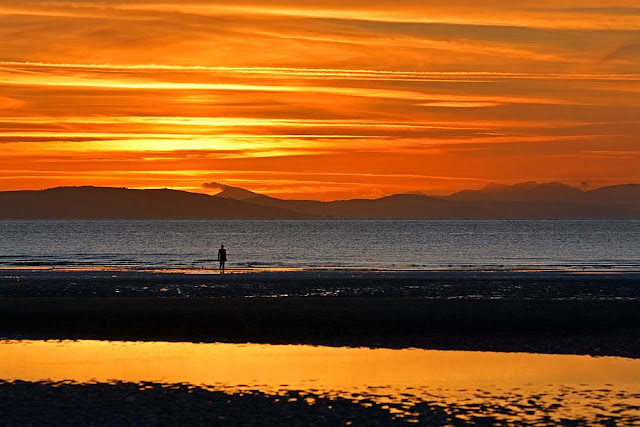 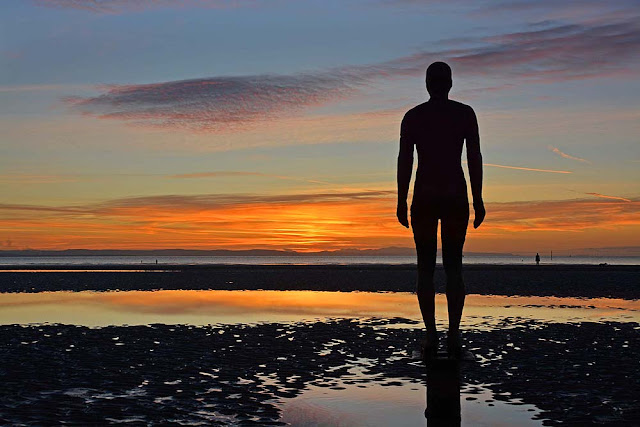 These images were captured on the 9th January; there was a fine layer of high cirrus over the Welsh Hills which the sun was sinking slowly through, creating a fine yellow orange glow in the western sky. The air was calm, just the cries of gulls disturbing the silence.
As the sun sank behind the mountains of Snowdonia there was a plume of cloud rising from the summit of Moel Siabod, just like a volcano blowing off.
The high cirrus clouds continued to reflect the light of the sun long after sunset, gaining in vibrant intensity, the colours changing from yellow to orange to a deep orange tinged with scarlet. Every time I turned to go home I looked back to see even more intense colours in the sky. 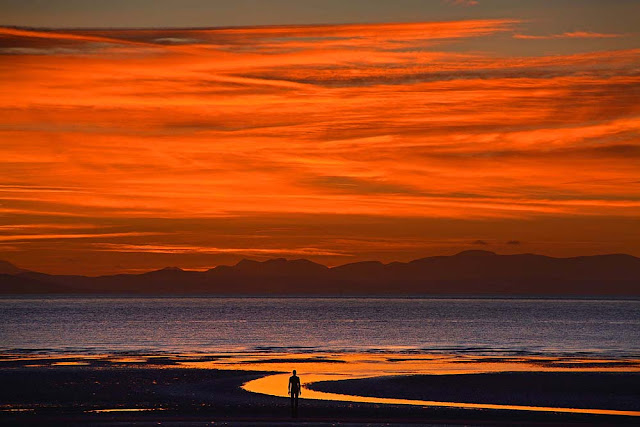 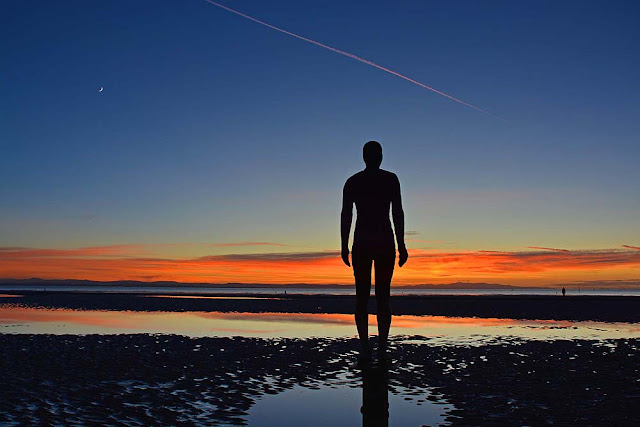 Glowing white against the dark blue of the south western sky the thin crescent of a moon a few days old brightened as the light faded, the trail of a jet passing overhead scored a vivid orange scar against the clear sky. 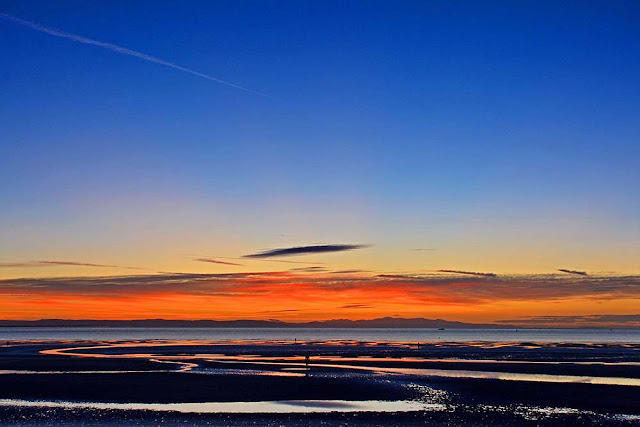 Half an hour after sunset the light finally started to fade but there was still a strip of golden orange light across the western sky above the Welsh hills; faint rays of crepuscular light are radiated through the dust of the high atmosphere, the last rays of light from a sun now far below the horizon. Time to finally turn for home as darkness descended.

Ron Davies
Ron is a retired professional photographer based in Crosby near Liverpool. He continues to replenish and hold a library of images of Liverpool and the local area including Antony Gormley's Another Place at Crosby Beach. These are available for commercial use. Many of the images of Another Place are also available to purchase as fine art prints and postcards. Ron is a keen walker and observer of nature, especially along the stretch of the Sefton Coast.

Links to Galleries that sell my work

All of the photographs on this site are Copyright Ron Davies. No part of this site, or any of the content contained herein, may be used or reproduced in any manner whatsoever without express permission of the copyright holder.